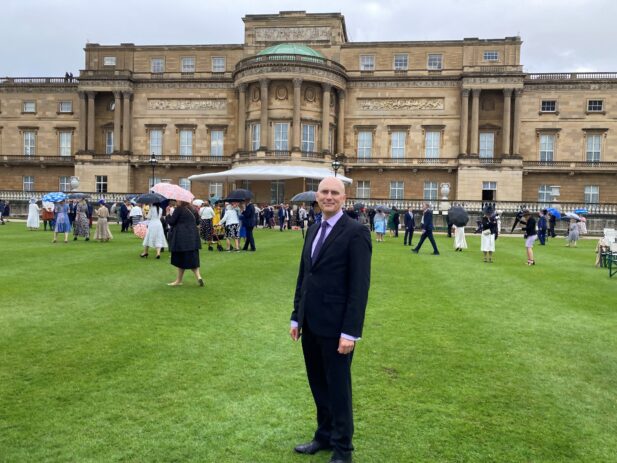 Our Chief Executive, Tamas Haydu, was delighted to be invited to a Buckingham Palace Garden Party that recognised the work of charities across the United Kingdom.

Tamas commented, “I was delighted to attend the Garden Party on behalf of the Foundation.  It was a wonderful event, especially after the pandemic period. I met some really interesting people from varied walks of life who are all working to make the world a better place to live.  It was such a happy occasion. It was great also to see the Palace grounds, a green oasis in the centre of London.”

Garden Parties have been held at Buckingham Palace since the 1860s.  At a modern Palace Garden Party around 27,000 cups of tea are served, 20,000 sandwiches and 20,000 cakes are consumed.

The Foundation is privileged that The Duchess of Cornwall is the Patron of the Foundation, taking an active interest in our work supporting communities in Cornwall.  Since 2003, we have awarded £13 million to more than 6,000 community groups.