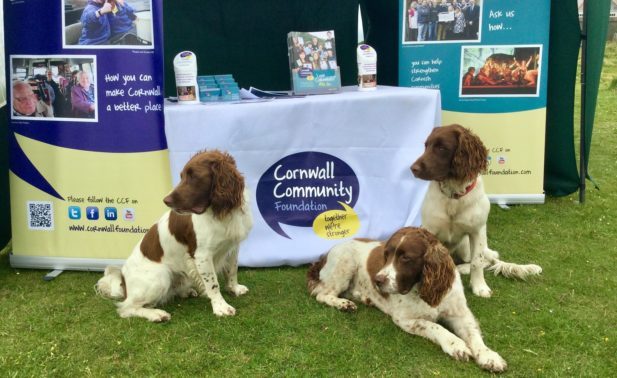 Led by Kerry and his three celebrity springer spaniels, Max, Paddy and Harry, 100 people and dogs gathered courtesy of the Headland Hotel for a beach and coast walk.  Spaniels Max, Paddy and Harry are from the Lake District and were holidaying in Cornwall. The dogs have 87,000 followers on their Facebook page Mas out in the Lakes.

The Headland Hotel,  Kerry and his three canine friends invited people to bring their dogs along for a charity walk with the money being donated to CCF to support a therapy dog for the Turnaround project in Newquay.

The morning raised £632, in addition to substantial fundraising the Headland are doing through their guest donation scheme and memebrship of the CCF Business Club.