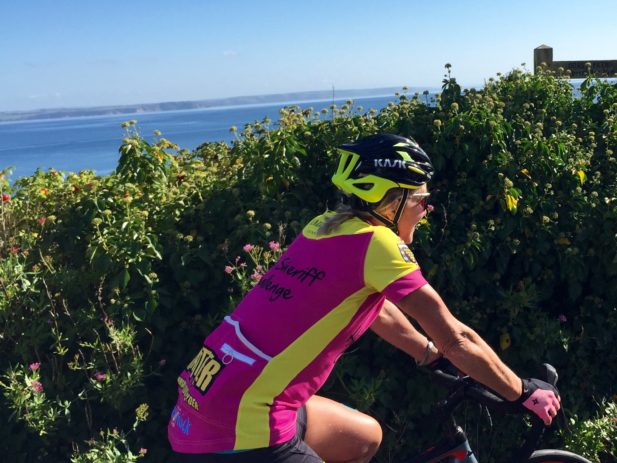 Jane has launched a fund introducing sport and outdoor activity to young people with mental health issues and has taken on a challenge to attempt eight sports she has never tried before to raise funds during her shrieval year.

1 in 4 people in the UK will experience a mental health problem each year:

Jane said “Cycling, swimming and running from Torpoint to Lands End – the entire length of the south coast of Cornwall – was a challenge I will never forget.  That’s not to say that my sporting goals for this year are behind me. I pledged to try eight new sports during my year in office and I still have four to go. So far, I have tried my hand at wheelchair tennis, fencing, gig rowing and a biathlon. Next up, tag rugby!”

Jane’s aim is to raise £50,000 and offered match funding for all the donations: “I pledge to match fund every penny you give. Let’s make a difference together!”