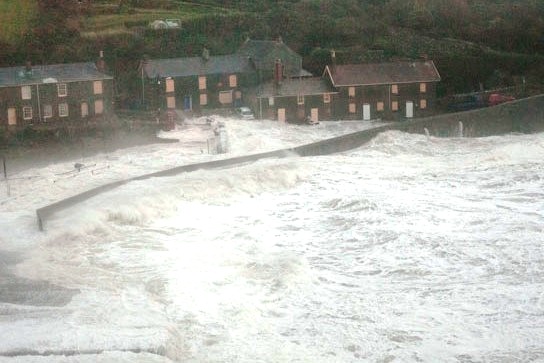 The CCF is very grateful for the generosity of those who donated to the Emergency Storm Relief. The CCF raised £183,000 during the appeal and has to date distributed over £135,000 to individuals and community groups who were severely affected in Cornwall by the winter storms. The Foundation has supported nearly 100 individuals in the last two months through grants ranging from £250 to £5000. The Emergency Storm Fund is now closed to applications, and the remaining funds are ring-fenced for emergency assistance.
The CCF works with organisations such as the Fishermen’s Mission to find those who are most in need of support. Keith Dickson, Superintendent of the Fishermen’s Mission said “The Fishermen’s Mission and the CCF have worked together to deliver vital financial assistance to the fishermen of Cornwall affected by this winter storms. The Mission’s strong relationships with fishermen and the Foundation’s highly efficient and pragmatic grant making systems has meant the swift and appropriate financial support has been given to those Cornish fishermen most in need.”

The CCF received £50,000 from Wren Living, the UK’s fastest growing kitchen, bedroom and furniture retailer. 38 Degrees, the not-for-profit organisation that campaigns on a wide range of issues, have supported several community foundations in the South West and have donated an incredible £15,000 to the Emergency Fund. Tesco stores across Cornwall raised over £13,000 and Seasalt, the Cornish fashion company kindly donated £500. An incredible fundraising concert organised by Alan Dibb raised over £600 for the Storm Fund at The Seahorse Centre at Pentewan Sand Holiday Park. Susie Greenslade and Adam Nicholls organised a fundraising concert at St Paul’s, Chacewater that raised £500 for the victims of the storms.

Tamas Haydu Development Director of the CCF said “We have been overwhelmed by the generous help from individuals and Cornish businesses. This is such a wonderful expression of support and shows just how strongly people feel for their neighbours, friends and communities when disaster strikes.”

Some of those most severely affected by the storms were the fishing communities in Cornwall. The CCF’s next fundraising event, the Family Fish Feast on Sunday the 14th of September 2014 at The Headland Hotel, in Newquay, will raise money for Cornwall’s fishermen.

Tickets are £50 per family of four, £20 per adult and £7.50 per child, all entry tickets will include a delicious fish meal. Fun entertainment for the whole family will include beach games and face painting. Book your tickets by contacting the CCF on 01566 779333 or office@cornwallfoundation.com