£3,500 raised for the Foundation at the Royal Cornwall Show 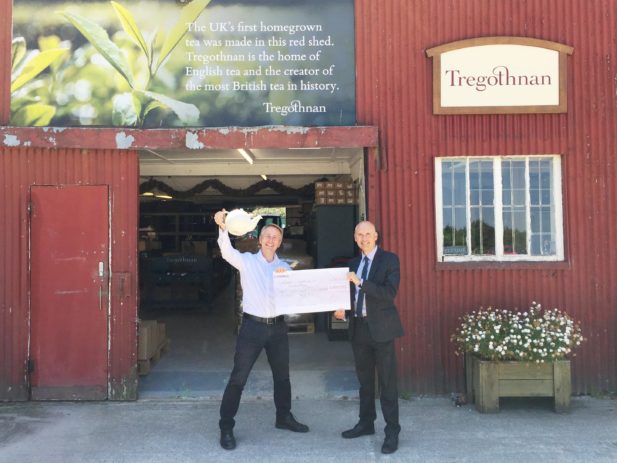 Cornwall Community Foundation enjoyed a very successful Royal Cornwall Show.  In addition to welcoming many Friends of the Foundation and members of our Business Club, we were able to talk to people new to us about our work strengthening local communities across Cornwall.

Tamas Haydu, Chief Executive of CCF, said, “The Show was a resounding success made possible by being hosted by Tregothnan Estates on their Stand. Tregothnan have generously donated £3,500 to CCF from the proceeds of the sale of Cream Teas at the Show to support community projects across Cornwall.”

Tamas continued, “Being hosted by Tregothnan provides us with a presence at the Show that would not be possible otherwise. C100 members, Rodda’s Creamery, also donated all the milk and cream for the cream teas and we were assisted throughout by a team of volunteers.”

Several supporters took the opportunity of the Show to join the ‘Friends of the Foundation’ at the Royal Cornwall Show. If you are not already a Friend of the CCF, you can join for as little as £25 a year, or £3 a month. Friends of the Foundation receive a range of benefits, in addition to the knowledge that they are directly supporting Cornish communities. For more information about becoming a Friend, click here.