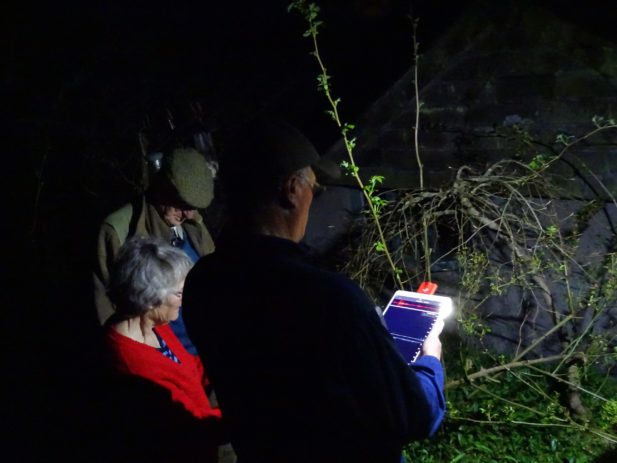 The Launceston Area Wildlife Group are a small team of wildlife enthusiasts wanting to learn more about the flora and fauna in the Launceston and surrounding areas.  Since being first established in 2001, the group’s knowledge has grown and their records used in Mammal Atlas of Cornwall.

The group benefited from a £400 grant from the Ruth Burden Community Trust Fund to go towards the £750 cost of an Echo Meter Touch Bat Detector (EMT2). The Echo Touch makes identification of bat species easier, displaying real-time sonograms and also recording any sightings for later viewing.

Irene Nash, member of the group, recounted a survey in Higher Truscott at which a senior and experienced group member used the EMT2 to pick up the signal of a bat flying overhead. “Tony immediately spotted that the sonogram on the EMT2 looked quite different and shouted;

‘It’s a Whiskered Bat, the first I’ve ever recorded in all my years of monitoring!'”