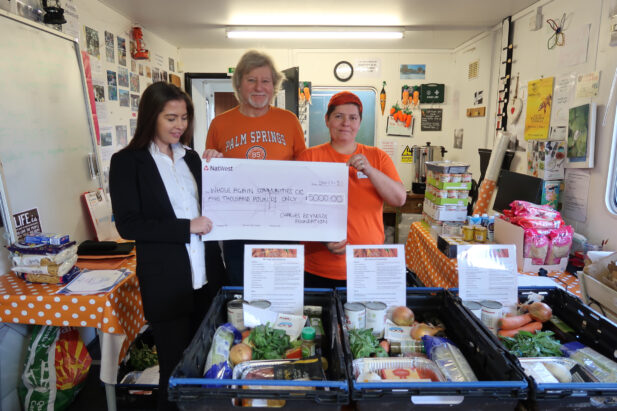 Thanks to the generosity of Charles Reynolds, owner of Truro based medical device technology business CJ Medical and founder of The Charles Reynolds Foundation, a new fund was launched last year with Cornwall Community Foundation to support community groups and organisations tackling the effects of generational poverty.

In its first round of grant-awarding The Charles Reynolds Fund saw a total of £16,000 awarded to five community groups across Cornwall including Wild Young Parents Project and St Ives RFC Youth Section.

A grant of £2,500 was awarded to TRELYA, a community project based in West Cornwall. TRELYA works to ensure a fairer future for children and young people in one of the most deprived and under-resourced areas. The recent grant from The Charles Reynolds Fund meant TRELYA could continue their STAR programme which supports young girls aged 8 to 15 who experience poverty and benefit dependency within their family lives. With the grant funding, the STAR programme aims to break the cycle of deprivation for the young girls.

Whole Again Communities were another group to receive a grant of £5,000 from The Charles Reynolds Fund. The Penzance based group used the grant to distribute healthy food parcels to disadvantaged households. As well as their virtual cooking workshops which has helped teach people to grow and cook good quality, affordable food from scratch.

Tamas Haydu, Chief Executive of Cornwall Community Foundation said, “We are very grateful to Charles Reynolds for setting up his fund to break the cycle of poverty for people in Cornwall. It is great to see the grants supporting different groups continuing their vital work of improving people’s lives.”

To apply for funding from The Charles Reynolds Fund, fill out an Expression of Interest, here.