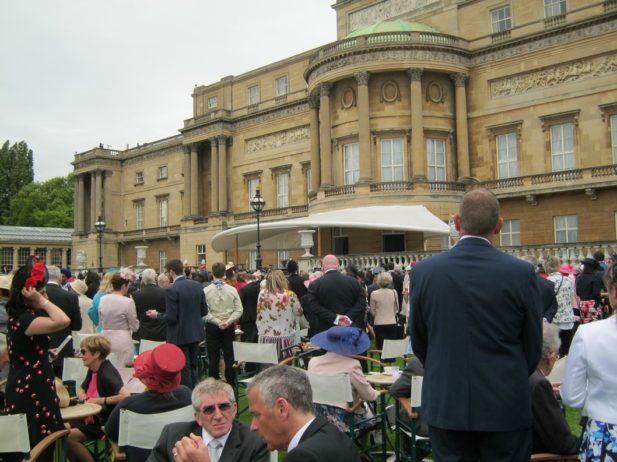 Kirsty has worked for CCF for more than ten years and is responsible for the Foundation’s grant-making to community groups in Cornwall.  In the last twelve months alone, Kirsty and her team have managed the awarding of £633,000 in grants to 480 groups and associations across Cornwall.

Kirsty comments, “I was thrilled to attend the Garden Party on behalf of the Foundation.  It was a wonderful event and I met some really interesting people from varied walks of life.  It was such a happy occasion. And I was amazed at the size of the Palace grounds in the centre of London.”

Garden Parties have been held at Buckingham Palace since the 1860s.  At a modern Palace Garden Party around 27,000 cups of tea are served, 20,000 sandwiches and 20,000 cakes are consumed.