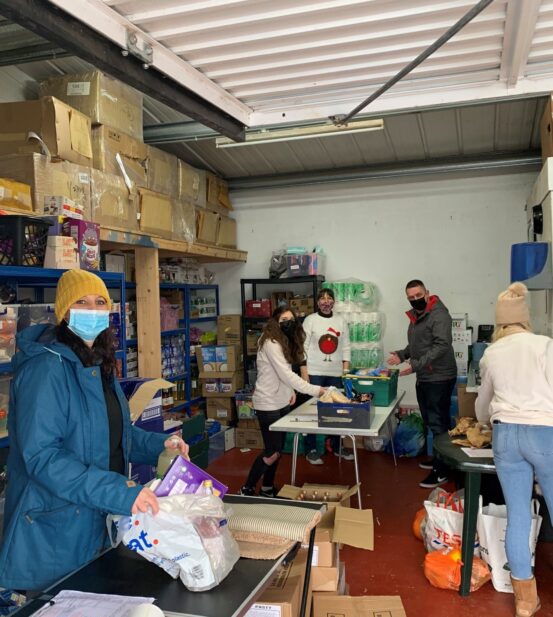 During the first six weeks of 2021, we have awarded 136 grants totalling more than £400,000 to Cornish community groups helping people through the crisis.

Chief Executive, Tamas Haydu, said, “We are pleased to have been able to support so many community groups at the start of the year and grateful to our donors who have enabled us to do it. However, the level of applications for grants is sadly a reflection that the need for support is still increasing.”

The negative impact of the Coronavirus crisis on incomes for many is substantial. 17 Cornish neighbourhoods are within the 10% most deprived areas within England. And with the government recently announcing that a further 1.7 million at-risk people are recommended to shield – on top of the 2.3 million people already shielding, it is likely to get worse. Research from Citizens Advice shows that four in ten (41%) of those in the original shielded group have lost at least 20% of their income since the coronavirus outbreak began. More than a quarter (27%) have lost 60% of their income or more.

One of the community groups to receive funding is Lighthouse Community Centre, based in Liskeard, one of the neighbourhoods in Cornwall amongst the 20% most deprived areas in England. The charity provides vital support services for children, young people and their families. Throughout the pandemic, they adapted their services to provide food and hygiene boxes filled with essentials to families who are struggling as well as veterans, homeless people and the elderly. Lighthouse received a £10,000 grant which enabled them to provide enough food and hygiene parcels to feed over 4,550 of the most vulnerable people in their community, including 600 homeless people and 130 veterans.

Tamas Haydu continued, “Thanks to the generosity of our donors from inside and outside of Cornwall, we have been able to award more than £2 million in grants over the last 14 months. This funding has been a lifeline for many people, enabling them to keep their heads above water in this incredibly difficult time.”