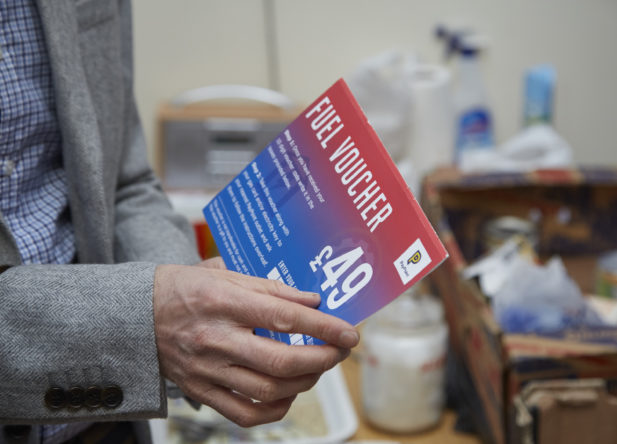 The Fuel Bank initiative is a project to help people who are most in need by giving them funds to pay for gas and electricity, alongside emergency food. Many people who are in need of emergency food are often also in fuel crisis and have to make the choice between ‘heating or eating’, which can lead to a series of health issues if they have to ‘self-disconnect’ (where they can’t afford to top up their pre-payment meter).

With financial support from CCF and other donors, support from Npower and Feeding Britain and a successful Crowdfunder campaign, funding has now been raised to enable the first Cornish Fuel Bank to open, managed by Transformation CPR in Camborne.

Don Gardner MBE, Director of Operations at Transformation CPR, says, “Transformation CPR are delighted to have reached its target for the Fuel Bank which will start in November. To have received so much support for the vulnerable in Cornwall will certainly make a difference to the people we support.  These funds will support nearly 1,000 families during the winter. Heating and lighting we take for granted, until we are sitting in the cold and dark.”