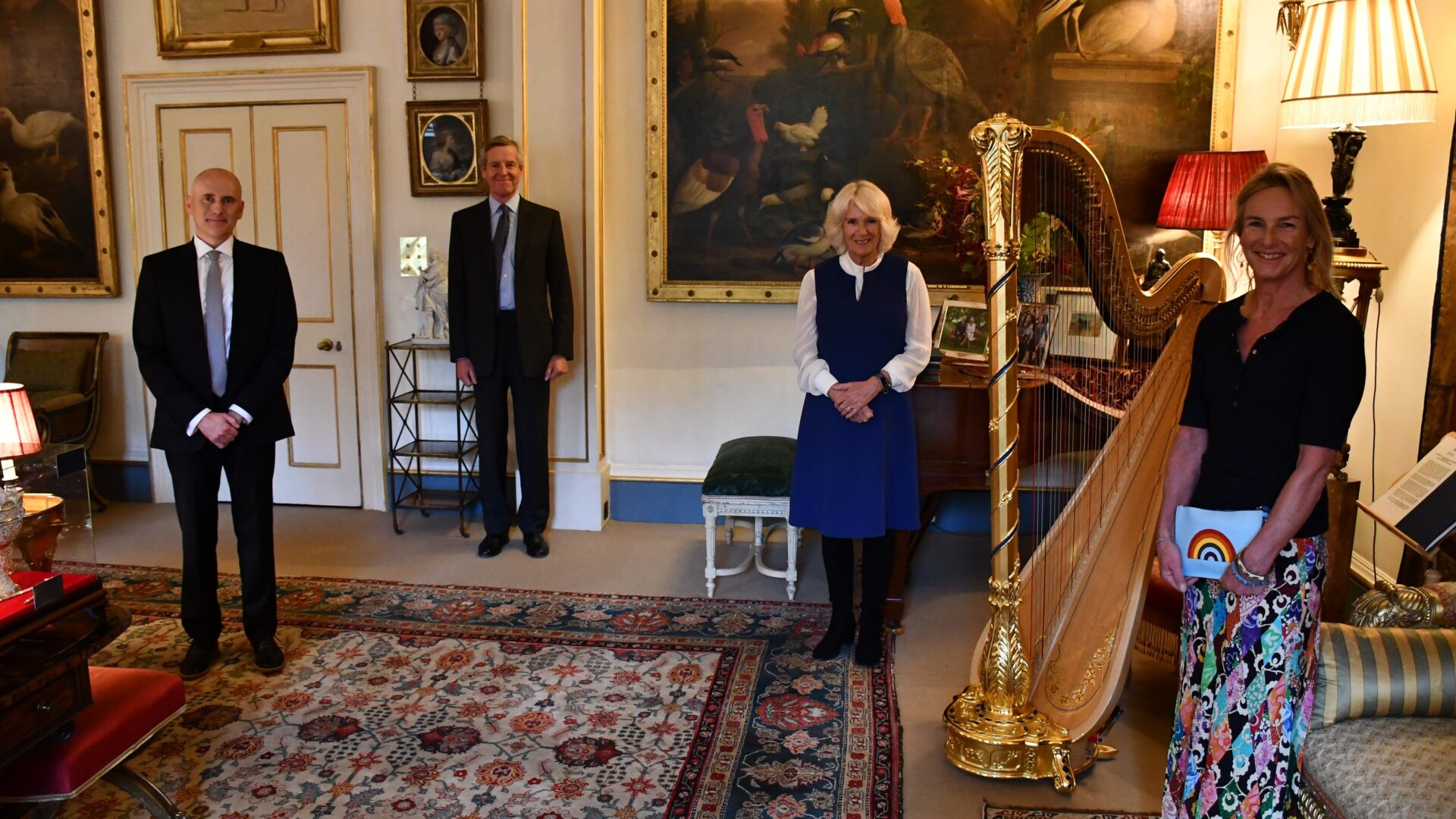 The Duchess of Cornwall, Patron of the Foundation hosted a small tea party this week at Clarence House to mark the charity’s work during the Coronavirus pandemic. We have been at the forefront of the response to support Cornwall’s local community. We also launched the Cornwall Emergency Appeal in March 2020 in order to grant funding to the frontline community groups that are in great need of support.

The Duke of Cornwall’s Benevolent fund who have supported the Foundation for many years, donated £100,000 to the emergency appeal, which over the last seven months has issued 321 grants throughout Cornwall and the Isles of Scilly, totalling more than £1 million. The emergency grants have supported key areas including foodbanks, homeless shelters, soup kitchens, community centres, youth projects, mental health and bereavement services and groups that help victims of violence and abuse.

Recent research by the Foundation has identified that, in addition to immediate crisis needs, many local community groups and charities are going to struggle to provide their services in the long term. We have therefore recently launched an additional ‘Build Back Better’ appeal to help these organisations to continue and offer the services that communities so badly need. This appeal has received additional support from The Duke of Cornwall’s Benevolent Fund to the tune of £100,000. The grants from the CCF will enable community groups in Cornwall and the Isles of Scilly to look beyond immediate crisis provision to develop and reopen community services for the future, with the aim of helping people to flourish and emerge from this crisis stronger, with new skills and regained confidence.

Jane Hartley DL, Chairman of the Foundation, says, “We are very grateful to Their Royal Highnesses The Duke and Duchess of Cornwall for all their support. The Duchess is Patron of the Foundation and her patronage is invaluable to our work helping those most in need in Cornwall. Their Royal Highnesses have seen at first hand what we do. They visited one of the projects we supported back in July, Treverbyn Community Hall which were offering immediate support to the community.“

Tamas Haydu, Chief Executive, adds, “When we launched the initial Cornwall Emergency Appeal, The Duke of Cornwall’s Benevolent Fund also donated to meet the emergency crisis needs of people in Cornwall. In addition, the Fund has helped us support people in crisis and young carers over many years. The additional funding for Build Back Better means we can support the community groups who would otherwise struggle to continue their services in the longer term.”