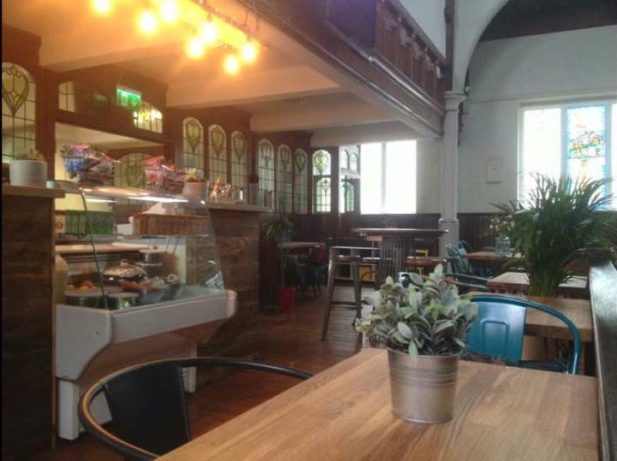 In 2002, New Creation Church began a community outreach initiative called ‘The Source Café’. Located in a back street of the town, the initiative was aimed at drawing the community together in a relaxed and safe environment, where locals could meet, drink good coffee and eat tasty food at not-for-profit prices. The facility was also used by various agencies for meeting clients including Probation and Social Services.

Eventually a more affordable facility was pursued in the old Wesley Church in Newquay. This building offered the opportunity to bring services together, as well as cheaper running costs. The new café facility is known as “The Meeting Place”.

The Albert Van den Bergh and Jane Hartley Fund supported this project with £2,500 towards tables, chairs and building alterations that were essential in making this project succeed.

The project manager provided an example of how important the facility is:

“A gentleman in his early 50’s entered the facility in desperation and tears as his marriage had just broken down unexpectedly. He had lost his wife, children and home. Now made homeless, he was awaiting support from Cornwall Council. He was literally waiting for a call to tell him where he would be staying that night.” The client commented, “If your doors had not been open that night, where would I be now?”